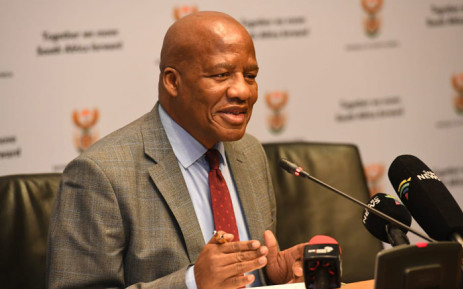 CONDOLENCE MESSAGE FROM THE AHMED KATHRADA FOUNDATION TO THE FAMILY, COMRADES AND FRIENDS OF THE LATE COMRADE JACKSON MTHEMBU

The Ahmed Kathrada Foundation, along with many South Africans, mourns the loss of ANC leader and Minister in the Presidency, Comrade Jackson Mthembu, aged 62. The Foundation would like to express its sincere condolences to the family, friends and comrades of the late Comrade Mthembu.

Comrade Jackson was a remarkable revolutionary. He never adopted a partisan approach to his politics even as he remained firm on his values, beliefs and principles. His sincerity, sense of humour and commitment to transparency won him many friends across all sectors of society. This explains the outpouring of genuine grief at his departure from this world from a cross section of our society.

Comrade Jackson was an outstanding public relations figure in the liberation movement and a deeply committed activist in the mass democratic movement. He was a capable leader both in the ANC and in government. Here was an activist who truly earned his leadership position, which he discharged with aplomb and respect. His humility was always evident and he was not afraid to say, “I’m sorry,” if he made a mistake.

He enjoyed a particularly close and fraternal relationship with the Ahmed Kathrada Foundation. We will miss him dearly and we will forever remember his charming smile with a missing tooth.