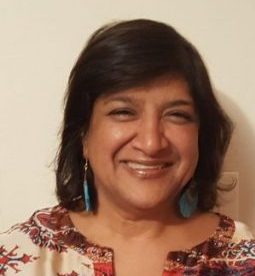 Ben Turok was a revolutionary, visionary, and not afraid to speak truth to power. It is well known that leaders influence ethical conduct in an organisation through their character and personal conduct.  Prof Turok has made a significant contribution to ethics in Parliament; this must be explored and used as an example of how to lead ethically.

During his tenure as Chairperson of the Joint Committee on Ethics and Members Interests (Committee), Prof Turok was able to convince the multi-party Committee that it needed to look beyond party-political considerations, and that the conduct of the Committee should be beyond reproach. This he believed would build public trust in parliament.

Those who were in the fourth Parliament will recall that Prof Turok convinced the ANC caucus to permit the Committee to do its work without fear of favour, despite the opposition by some colleagues in his own party. He liaised with opposition parties to think beyond narrow party interests. He wanted to ensure that the Committee did its work in a fair and non-partisan way. He was able to create a collegial environment which enabled the Committee to be effective. He used his voice and stature to promote ethics in Parliament.

Looking back, we now know that his term as Chairperson coincided with the beginning of state capture. Despite hostility from some in the ANC, Prof Turok stood steadfast in his commitment to the values of the ANC and the Constitution. This was at a time when corrupt elements were trying to marginalise those who stood in their way and frustrate any investigation.

During his tenure as co-chairperson of the Joint Committee on Ethics and Members Interests (JCEMI), the Committee had considered several serious of allegations on unethical and corrupt conduct. Although unknown to the Committee at the time, the cases were an early iteration of the use of state resources for private enrichment. The cases reflect the move from minor ethical infractions to coordinated and planned corruption in government. These cases were an early sign of the corruption that was to come.

In dealing with these complaints, the Committee realised that the Code of Conduct was limited in that it dealt mainly with matters related to non-disclosure of financial interests and gifts and hospitality. Despite this those who infringed the Code were brought to book.

The initial drafters of the Code never considered the possibility of MPs being party to a systematic assault on good governance and being party to large scale corruption.  Prof Turok’s biggest contribution was to revise the Code of Conduct for MPs. Despite some opposition in the ANC, he persuaded the ANC caucus to develop a comprehensive ethical code, that importantly prohibited members from doing business with the state. Although He faced some pressure to rescind these provisions, he and the Committee stood firm.

The cases which the Committee dealt with received much public scrutiny. In one instance Prof Turok received death threats. This did not deter him. He knew that ethical government was necessary to deliver the promise of a better life for all.

In paying tribute to Prof Turok, we need to build an ethical society so that we can have a better life for all.