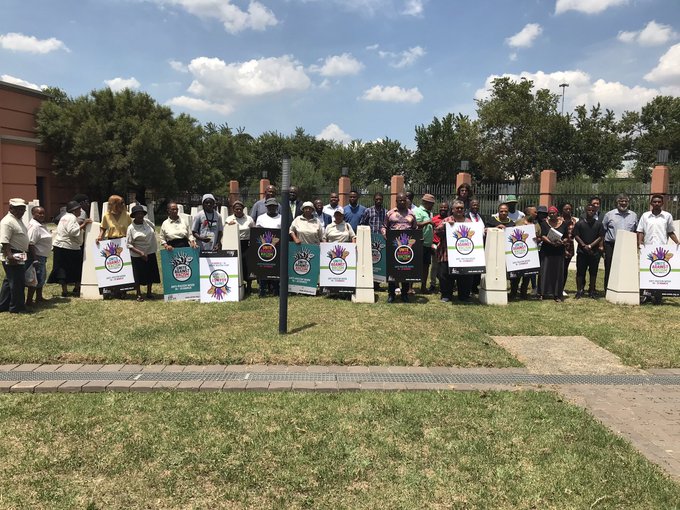 The Anti-Racism Network South Africa is an alliance of like-minded organisations interested in responding to issues of racism nationally. The network calls on all various sectors of society to join the struggle against the resurgence of racism globally. In remembrance of the peaceful protestors massacred in Sharpeville 60 years ago, we invite schools, religious institutes, community associations, universities, workplaces, political parties, unions and sporting unions to lend their full support and Unite Against Racism. By convening various sectors, the Anti-Racism Week 2020 aims to develop the tools, awareness and multiple approaches to tackling systematic racism in the country.

The inclusive call, to Unite Against Racism aims to take forward the memory of all those who lost their lives and those who were injured during the massacre.

The hate speech case brought by The Chinese Association (TCA) coupled with the anti-Chinese sentiment in light of the corona virus seem to find renewed energy in South Africa. The action week this year will focus on challenging structural racism by creating awareness on race related incidents and promoting the need to stand up and challenge racism.

The scourge of racism needs to be addressed and if it is not, it is one that we will continue to deal with for decades if not centuries to come. The action week aims to shine the spotlight on the work that needs to be done to deal with the glaring effects of racism as well as the legacy of apartheid today.

Anti-Racism Week has managed to successfully establish the Zimele Racism Reporting App (Zirra), which allows users to take action by reporting racism incidents. The app, which has undergone several changes, will provide data insight on racism hotspots. Going forward, the Anti-Racism Network South Africa is in talks with key stakeholders to offer relief counseling for victims or witnesses of racism as this may take a physiological toll on individuals.

The work done in schools will once again be a focus this year. Interactive school assemblies will form an essential part of Anti-Racism Week 2020. The school’s programme has fostered anti-racism dialogues to take place in classrooms, staffrooms and even playgrounds. By promoting education, we encourage schools and university spaces to acknowledge diversity through policies that are transformative. Patrons of Anti-Racism Week will, this year, join staff members as they embark on the school assemblies.

The network has also launched an anti-racism signboard, which is reminiscent of the old apartheid signage that separated whites from non-whites. While the old signage segregated society and amenities by skin colour, the anti-racism signage trumps over all forms of discrimination. After a racism incident where the K-word was used against a staff member a few years ago, the anti-racism signboard was adopted at a complex in Johannesburg which was followed by a discussion during Anti-Racism Week. The board has also been adopted at a hospital in Johannesburg.

In its early stages, with the Department of Justice and Constitutional Development, the Anti-Racism Network embarked on planned information sessions around the use of Magistrates Courts as Equality Courts to lodge racism complains. This initiative empowered individuals to report incidents rather than tolerated them. A collaboration with the Department of Justice has seen the establishment of anti-racism material produced and distributed at schools during some of the school assemblies. The network was also invited to have a presence at the launch of the national action plan to combat racism, discrimination, xenophobia and ethnical intolerance. The network also applauds the fact that the national action plan to combat racism was concluded and adopted by the cabinet. This gives the country a basic framework to start tackling racism in all its forms.

Throughout the year, activations will take place under the theme Unite Against Racism. These will be initiated by, among others, sporting bodies which include Cricket and Rugby South Africa. Also in the year, the Youth Essay Writing Competition Against Racism will be launched. Annually, the writing competition garners hundreds of youth voices around the issue of racism.

You can also contact ARNSA to let us know what you will be doing during Anti-Racism Week 2020 by emailing busisiwe@kathradafoundation.org or call 011-854-0082. These could be community dialogues, seminars or even workplace discussions. On social media, you can share photos, videos and other multimedia content. The network is available of Facebook (ARNSA – Anti-Racism Network of South Africa), on Twitter (@AntiRacismNet) and on the web (www.arnsa.org.za).

Issued by the Anti-Racism Network of South Africa