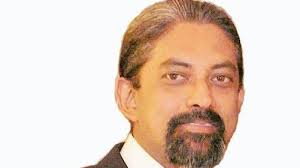 The Ahmed Kathrada Foundation condemns the racist attitude displayed by Kanthan Pillay, the now former head of eNCA news, in referring to political journalist Samkele Maseko as a ‘rat’ in a tweet that has since been deleted.

This followed Maseko’s resignation from eNCA, with Pillay making the dehumanising reference and likening the SABC, where Maseko will reportedly be taking up a position, as a sinking ship.

“In this instance, while it may not be the term ‘monkey’ that is being used against Maseko, the term ‘rat’ similarly seeks to dehumanise. References to people, especially black people, as monkeys, dogs, rats and cockroaches are hurtful and carry with them associations with various acts of oppression throughout history.

“This was the position of the Foundation in the Penny Sparrow case and the H&M debacle. There should be no room for racially insensitive language in South Africa today,” he said.

“We welcome Maseko’s intentions to make a submission to the Media Ethics and Credibility Inquiry after he alleged that Pillay had censored journalists. We furthermore welcome eNCA’S decision to relieve Pillay of his duties with immediate effect,” Ballton added.

“The huge and rapid public censure of Pillay should serve as a warning to others who think that positions of authority might shield them from being held to account when their actions require it.”

Issued by the Ahmed Kathrada Foundation