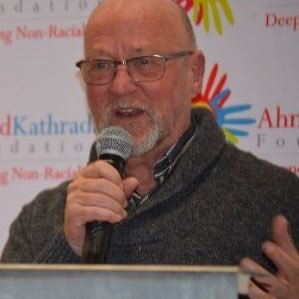 The Ahmed Kathrada Foundation and the Public Affairs Research Institute (PARI) will host a civil society conference on October 23 in Johannesburg on defeating state capture and rebuilding the state.

It will present an opportunity for the sector to take stock of where the country is with regard to tackling state capture, and identify the focal areas that require attention.

Former Justice of the Constitutional Court and Freedom Under Law Board Chairperson, Johann Kriegler, will open the conference addressing how state capture has eroded our Constitutional democracy.

Former Deputy Minister of Finance, Mcebisi Jonas, will talk about how civil society can protect state institutions from capture.

The current Deputy Finance and Justice Ministers, David Masondo and John Jeffries, as well as SALGA CEO, Xolile George, will contribute to a discussion on state reform following the presentation of three policy papers compiled by PARI. These are based on mechanisms governing public procurement, the criminal justice system and appointments and dismissals in the public service.

Civil society organisations at the forefront of challenging state capture will discuss what strategies around ‘lawfare’, public advocacy and Parliamentary oversight can be effectively employed.

The Kathrada Foundation’s Executive Director, Neeshan Balton, and Professor Mark Swilling, from Complex Systems in Transition will contribute to a discussion on mapping the way forward for civil society.

The conference comes at an important time. During the last few weeks we have seen positive indicators that the net is closing in on those who have been implicated in state capture and corruption.

The US sanctions against the Guptas, who have symbolically come to represent the shadow state, is a significant victory, even though they have not been held accountable in our own country as yet. The announcement by the US was complemented by statements by Justice Minister Ronald Lamola, indicating that the South African government is working with seven other countries to take similar action.

Two weeks ago, the Courts smacked down Gupta-linked Trillian Capital Partner’s bid to appeal against an order that it repay Eskom R595 million.

Furthermore, the appearance of Duduzane Zuma before the Zondo Commission also shifted focus back onto his relationship with the Gupta family; as well as the onto the alleged R600 million ‘Saxonwold’ bribe, which Jonas declined.

While his son was facing scrutiny before the Commission, former President Jacob Zuma had his own woes to worry about. Several days ago, the permanent stay of prosecution for his corruption trial was denied at the Pietermaritzburg High Court.

We were also recently informed about the Hawks and Asset Forfeiture Unit’s raid on the home of former eThekwini Mayor, Zandile Gumede, who is facing corruption related charges.

There was another recent raid as well, this time by the Financial Sector Conduct Authority, against Sekunjalo’s Iqbal Survé, as part of a market manipulation probe.

Reports from the National Prosecuting Authority (NPA) and the Special Investigating Unit have also informed Parliament that investigations into the VBS Bank scandal are at an advanced stage and that progress is being made with regards to Steinhoff.

The cherry on the top though, was last weekend’s news that the NPA is being further capacitated, bringing on board some of the country’s top legal minds.

All of this however, does not mean that we have beaten the behemoth of state capture. Last week, a working group of some 20 civil society organisations hosted the People’s Hearing on State Capture. Coordinated by Open Secrets, the group has made submissions to the Zondo Commission about the impact of capture within specific areas.

The hearing itself aimed to document the experiences of ordinary people and include this in a joint submission to the Commission.

During the programme, a video clip linked the difficulties experienced daily by train commuters in the Western Cape due to the deterioration of rail services, to the looting of PRASA.

A similar clip detailed the stories of two miners working for Optimum coal mine, taken over by Gupta-owned Tegeta. They speak of how they had managed to live fairly well on their incomes up until the mine was acquired by the Guptas, and their salaries reportedly became irregular. Their children were sometimes left without food, and one miner’s son had to return home without completing his medical degree, because the money had simply run out. The miners had tried to trace the owners without success and were dismissingly told that that the people in charge are now living in Dubai. Their story leaves one with a deep sense of outrage, especially in light of the headlines earlier this year that the Guptas had yet again splurged millions on a lavish wedding party held in the Himalayas.

While the US sanctions have given us a sliver of hope, we should now be pressing for the Guptas to be held accountable here, in the country that fed their greed and lust for courting power over many years.

Although we’re beginning to understand the impact of state capture on citizens – think of Sassa and Eskom and how their capture has affected ordinary people – there are yet many untold stories of the severe trauma it has caused honest public servants and whistleblowers. Many have lost their jobs and found it difficult to find employment again, had their credibility wrongfully tainted, and had to endure immense public scrutiny – all for simply standing up for what is right.

At a recent seminar hosted by the Kathrada Foundation on how business enabled state capture, former SARS employee Johann van Loggerenberg, who was accused of being part of the so-called ‘rogue unit’, and SAA whistleblower Cynthia Stimpel challenged KPMG on their role in state capture. Both were emotional – their impassioned tones reflecting an intense hurt both at what had happened to themselves, and on a broader level, to the country.

While we certainly have moved beyond the naivety of believing that the injustice of it all will be healed in a short space of time, and that state capture will be quashed in its entirety under the new political leadership, we do ourselves a disservice by underestimating the ability of state capture networks to continue operating and destabilising our institutions.

Just recently, Right2Know hosted a roundtable discussion on a report detailing how the State Security Agency (SSA) had monitored civil society organisations and journalists at the forefront of exposing and challenging corruption and capture. This meeting highlighted that, like other institutions within the criminal justice system, factional politics and networks that were repurposed to serve particular interests, rather than broader national interests, are still embedded within the SSA.

It reiterated the view that the state capture ‘fightback’ is both very real and dangerous, especially at a time when the country is trying to get back on its feet economically and maintain social stability.

In the context of all of this, civil society has to have a concrete understanding of what made, and currently still makes, state capture possible; and of what should be done to prevent it in future. Civil society as a collective, has to map out particular areas of focus and outline key strategies that it must employ to effectively defeat capture – not only at national and provincial levels, but within municipalities as well – a topic that will become increasingly important as we head towards the local government elections in 2021.

Civil society needs to ensure that there is sustained public awareness about the systemic nature of state capture and the type of vigilance and active citizenry needed to prevent it.

As South Africa struggles with its conscience and tries to come to grips with the ‘shadow state’ that brought it to its knees over last few years, civil society is presented with an opportunity to put forward progressive and practical ideas and plans to defeat state capture and to rebuild the state. We must ensure that this opportunity is not missed.

* Derek Hanekom is the Chairperson of the Ahmed Kathrada Foundation Board.