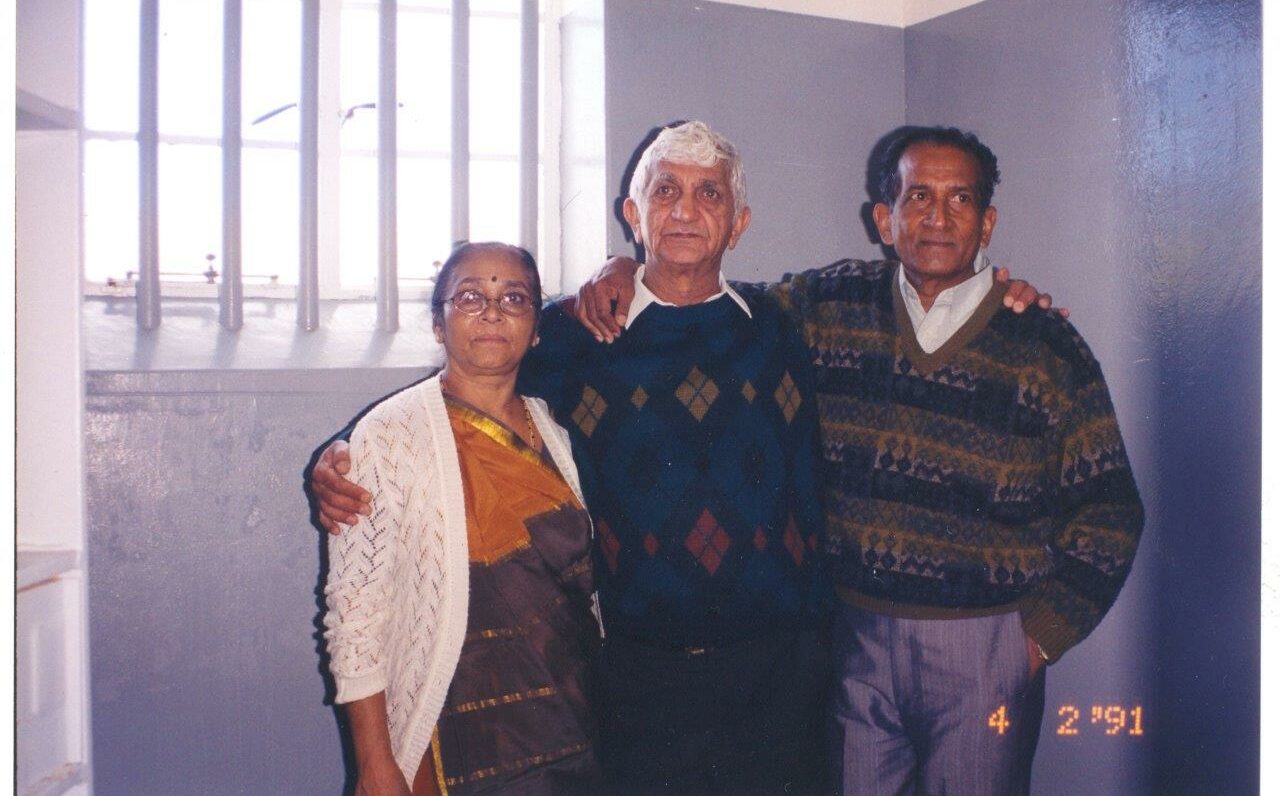 The Ahmed Kathrada Foundation (AKF) is saddened by the passing of Mr Goolab Parbhoo, at
the age of 84, following a period of illness.
He is one of the unsung heroes of the struggle for freedom in South Africa. Goolabbhai,
along with his wife Ramibhen, were drawn into support for struggle activists over several
decades. A close relative of Laloo ‘Isu’ Chiba, the Parbhoo family were amongst the first to
provide refuge to Chiba when he was hunted by the police in the 1960s for activities linked
to Umkhonto we Sizwe (MK). Chiba was later arrested and sentenced to 18 years
imprisonment, most of it on Robben Island. During the long years of Chiba’s incarceration,
the Parbhoo family unhesitatingly supported his wife and three young daughters.
After Chiba’s release in December 1982, Chiba in his autobiography said that the Parbhoo
house in Jeppestown, Johannesburg became a regular meeting place for UDF activists such
as Frank Chikane, Raymond Suttner, Amos Masondo, Mohammed Valli Moosa, Ismail
Momoniat and himself. The family then moved to Mayfair and during the state of
emergency of the late 1980s, the Parbhoo home once again became a secret meeting place
hosting the likes of Billy Nair, Curnick Ndlovu, Mac Maharaj during Operation Vula activities.
Goolabbhai and Ramibhen made their home available at any time, providing meeting space,
sleeping space, meals and refreshments with wonderful warmth and hospitality – and at
great risk to themselves and their families.
The Parbhoo children, Meenakshi and Dhiren, were also inspired to participate in the
struggle for freedom – working as activists in affiliates of the UDF during the 1980s.
Goolabbhai, who had modest businesses in Newclare and the Oriental Plaza, was generous
and unassuming was the typical background and quiet supporter of the struggles for
democracy in South Africa.
The AKF extends its deepest condolences to Ramibhen, Meenakshi, Dhiren, Rakhi (Dhiren’s
wife) and their two children on the loss of a wonderful husband, father, father-in-law and
grandfather.
May his soul rest in peace.