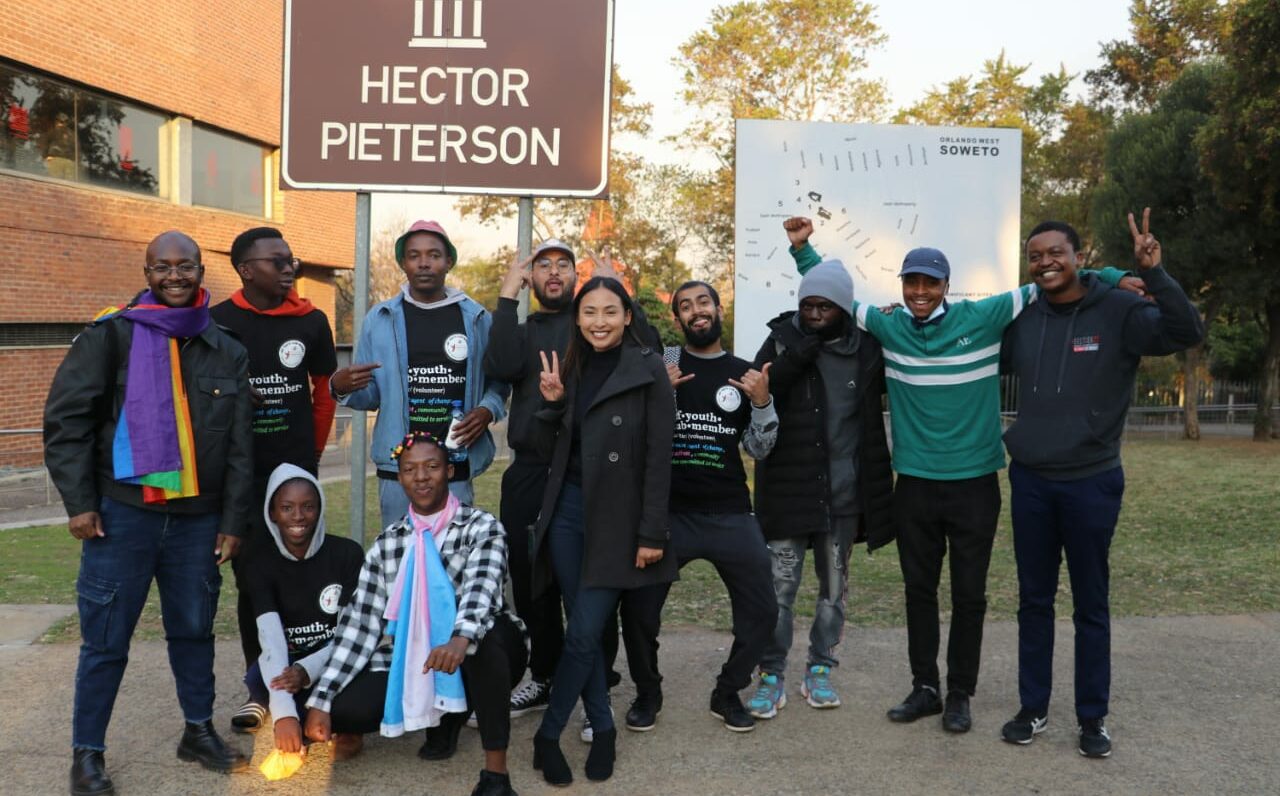 The shoulders of young people are forced to carry the burden of ensuring our country does not collapse nor fall into flames. This was the sentiment put forward by Mandla Nkomfe, the Deputy Chairperson of the Ahmed Kathrada Foundation. Nkomfe was speaking at an event at the Hector Pieterson Memorial and Museum to inform the press and public about the Youth Day Parade for Justice and Change. The Youth Day Parade, set to take place on June 16, will provide a platform for young people to express their aspirations for a truly equal, just, non-sexist, and non-racial society in which all persons have access to higher forms of freedom. A wide range of organisations were also in attendance and these include Corruption Watch, Voice of the People, Section27, Equal Education, Azania 27, ASRI, Right to Protest, Fight Inequality Alliance, Defend our Democracy and Fridays for Future, among others. Nkomfe commended the youth-led initiative saying that the parade comes at an opportune moment, as the voices of young people need to be felt, seen and heard with urgency. “We join the collective voices in endorsing the objectives of the Youth Parade for Justice and Change. In this sense, it is important that youth insist on accountability from people who are leaders without the constraints of politics and political parties”, said Nkomfe, a former leader of the Soweto Youth Congress.
The Youth Day Parade will take place on June 16 and supporters will begin to gather from 09:00am at the Loftus Versfeld Stadium in Tshwane/Pretoria before moving through the streets to the seat of power at the Union Buildings. This event seeks to embrace and showcase innovative and creative forms of activism. The nature of the parade is to advance fairness, dignity, accountability, ethical governance, sustainable and equitable development, and meaningful change. “During our struggle we were fighting for generations to come. Even though they may not do
what we did, I am expecting the youth of today to come up with better solutions because you are the future leaders”, remarked Antoinette Sithole, sister of Hector Pieterson and student activist of the 1976 generation.
Over 80 organisations from various sectors of society have officially endorsed the initiative. The Youth Day Parade will highlight some of the substantive issues that are facing young people in the country. These include joblessness, gender-based violence, climate change,
academic exclusion, and crime. The collective will hand over a memorandum to highlight the major crises of our time and to put forward their solutions and vision for a better society and prosperous future. Irfaan Mangera, the Youth Activism Programme Manager at the Ahmed Kathrada
Foundation stressed the need for the youth to take forward the spirit of service and activism as they continue the struggle. “It is our hope that this parade inspires the youth all across the country to begin the work, in solidarity with one another, to tackle the issues we are faced
with and to strengthen the democratic system we are inheriting. We need to do more in honour of the legacy of the 1976 youth. Young people are in need of sustainable jobs and to
live safely in their communities.”
“The 1976 generation, right through to that of the 1980’s and more recently the

FeesMustFall generation all show us that through service and solidarity, nothing is

impossible”, concluded Mangera. “If we are going to be build a perfect society than someone who is in grade 11 should not have to be so scared for their future that he is forced to leave school, come here and have to
tell the adults in the room to wake up and do something. It is irresponsible of them to continue to perpetuate a climate crisis that puts billions of people’s lives at stake,” said young climate activist Otsile Nkadimeng.
Nkadimeng called for the government to prioritise the issues of climate change before the world reaches devastation. He added that extreme weather events, such as the Durban floods could happen anywhere in the world without any biases. Echoing these views, Nkomfe appealed that we needed to go back to the spirit of lifelong activism. To be part of or to contribute towards the successful implementation of the Youth Day Parade, please contact the Ahmed Kathrada Foundation on
youth@kathradafoundation.org.

The Youth Day Parade for Justice and Change is endorsed by the following
organisations: