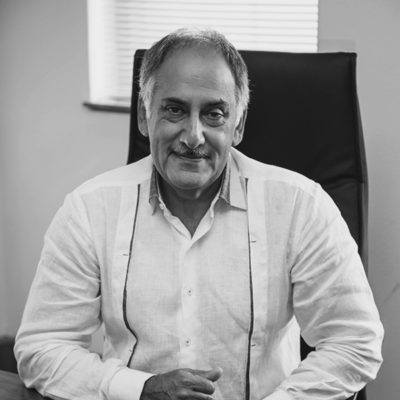 Our country has been through close to 15 years of significant disruption and turmoil because o endemic corruption across society, manifested most dramatically by the state capture project under
former President Zuma. However, the corruption goes beyond just government and we saw manifestations of it in business and broader civil society. If one adds to this the scourge of gender- based violence and violence against children, we must sadly conclude our people have lost their moral compass and there seems to be something very wrong with our psyche! Some in our society attempt to justify this unethical and horrendous behaviour on the basis of our culture and our heritage. One must ask if such justification is valid. Those who try to justify corruption and violence against women and children in this way seem to
postyulate that we are victims of heritage and culture and must of necessity be guided by these. However, culture is the creation of man and we cannot be held hostage by what people created,
even if practices dictated by such creation are contrary to basic human values of ethical behavior, justice and common decency. Some parts of our heritage and culture also promote patriarchy, sometimes for good reason under very particular circumstances, but often used to oppress women.
Some parts of our culture also encourage, correctly, people looking after and caring for their families. This has been used as an excuse for nepotism, as espoused by WO Otaluka in a research paper. Perhaps it is time to put in the necessary work that will ensure that we become a nation rooted in
positive values, heritage and culture, if anything, values of accountability. The issue is whether we have the commitment to revisit the negatives in light of those promoting corruption, gender-based violence, violence against children or other forms of human rights abuses. I suggest we need to debate how we build a heritage and culture for those coming after.
Heritage shapes our identity and becomes part of who we are. Our heritage provides clues to our past and the evolution of our society. It helps us examine our history as well as traditions while enabling us to develop an awareness of ourselves. It helps us understand and explain why we are the
way we are. It is thus a dynamic process of determining our roots while imagining where we should and aspire to be! Heritage is a keystone of our culture that plays an important role in our politics,
society, business and worldview. It informs influences and inspires public debate and policy both directly and indirectly. It is thus critical that we build a heritage that instils both the values and actions of Ubuntu (humanity) in all of our society. What then should encompass the heritage and culture we need to build, informed by the context in
our country currently? Culture and heritage have one common value, and to that is to treat our fellow beings with respect, kindness and justly. Everything else should flow from that, although people have used that in a way
that promotes self instead of others. The heritage we build for our youth and those that follow must
be informed by some of these values:
 Honesty,
 Empathy,
 Sound ethics,
 Accountability,
 Protection of the vulnerable,

 Equality across gender, racial, religious, class or any other lines,
 Ethical leadership,
 Servant activism.
We need to start this critical process by being ethical, humble and brave leaders now! South Africans have become numb to new revelations of corruption. Who could blame them when soulless beings occupying top positions continue to steal funds earmarked for improving the lives of the poor. Horrific stories in relation to violence against women, children and members of the LGBTQI+ community have become mainstream.
As we rally around to mark Heritage Month this September, let us rethink our current ideas of heritage and work towards a newer legacy, one that is informed by a strong set of values. We must call out leaders in our communities that continue to rationalise violence and corruption in the
baseless name of culture or heritage. We must take the first steps, toward building a heritage of national pride that would actively demonstrate the values of ubuntu and one that shows how South Africans can take care of one another. We are bigger than corruption, we are surely bigger than the heritage of crime that we are currently associated with.