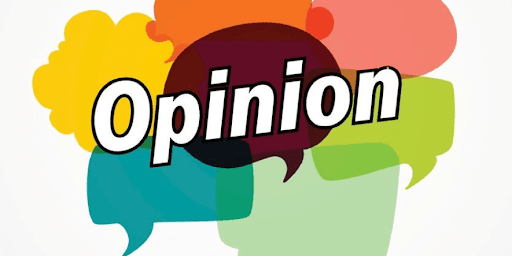 In the South African context, race, class and economic outcomes align as a consequence of the system of apartheid, therefore any conversation that centres around building an inclusive society automatically leans on the ideal of non-racialism.

Communities on the receiving end of poor public services are by and large black and poor; and communities that have the choice to opt-out of poor healthcare, security, education and other key services are mostly white and well-off.

If we are, indeed, to build inclusive public services and a non-racial country, we need to deal with the structural barriers, seen and unseen, which still stubbornly sit with us almost three decades in our constitutional democracy.

It is well-documented that South Africa is and has been for a long time the most unequal country in the world, where, according to the International Monetary Fund (IMF), 68% of income is held by the top 20% of the population, and frighteningly the bottom 40% of the population hold a meagre 7% of income.

There are structural barriers which feed this cycle of inequality. Per the IMF, “Inequality manifests itself through a skewed income distribution, unequal access to opportunities, and regional disparities.”

If there aren’t deliberate programmes to undo apartheid’s structural legacies, then any campaign to unite South Africa’s people behind shared values and principles that aren’t likewise underpinned by proper investment in public infrastructure and the quality of the services provided by the state is ultimately a fool’s gambit.

As outlined in the preamble to our Constitution, I too “Believe that South Africa belongs to all who live in it, united in our diversity”. The preamble goes on further to say that we, the citizenry, and more directly those in the public service, must work to “Improve the quality of life of all citizens and free the potential of each person”. But we still have a long and difficult road to travel before we reach the destination the drafters of our Constitution envisaged for our country.   And in this journey, we all have a role to play.

At the Apolitical Academy, we are determined to ensure that those in the public service and those who aspire to leadership roles in the public sector – whether as politicians or public officials – are the brightest and best.

Our public service fellowship is designed to arm those who go through the intensive nine-month-long programme with the self-knowledge, skills and expertise necessary to be able to play their part in dealing effectively with the complexities of the public service, and the direct role it plays in building a society as envisaged by the Constitution.

Like many South Africans who have had the privilege to serve in public leadership, I am a firm advocate of building a “capable state”. But this cannot just be a political slogan, it requires the development of programmes to support the goal, and meticulous targets to measure it.

Through a series of strategic partnerships and engagements with governments, political organisations and higher education institutions around the world, we at the Apolitical Academy have developed a public leadership programme that aims to support this goal. It is focused on personal leadership and public purpose, ethics and values, and is underpinned by a high-level mentorship program. We identify and support young candidates, women and other political “outsiders” who wish to transition into public service, but lack the networks and personal development opportunities to do so on their own.

With this in mind, our own targets are both to capacitate those already in the public service to lead and to inspire those with an interest serving their country at the coalface to take the leap from the private sector to the public service.

We are committed to turning the centres of excellence that already exist in the public sector into the norm so that the most vulnerable people in our society receive as excellent a service from the state as they would from private service providers.

We will only knock down the structural barriers to racial equality and build an inclusive society when the public service is staffed by the best and brightest, who understand and execute their constitutional mandate with efficiency and pride. It is our civic duty to do what we can to make politics and government people-centred and beautiful.