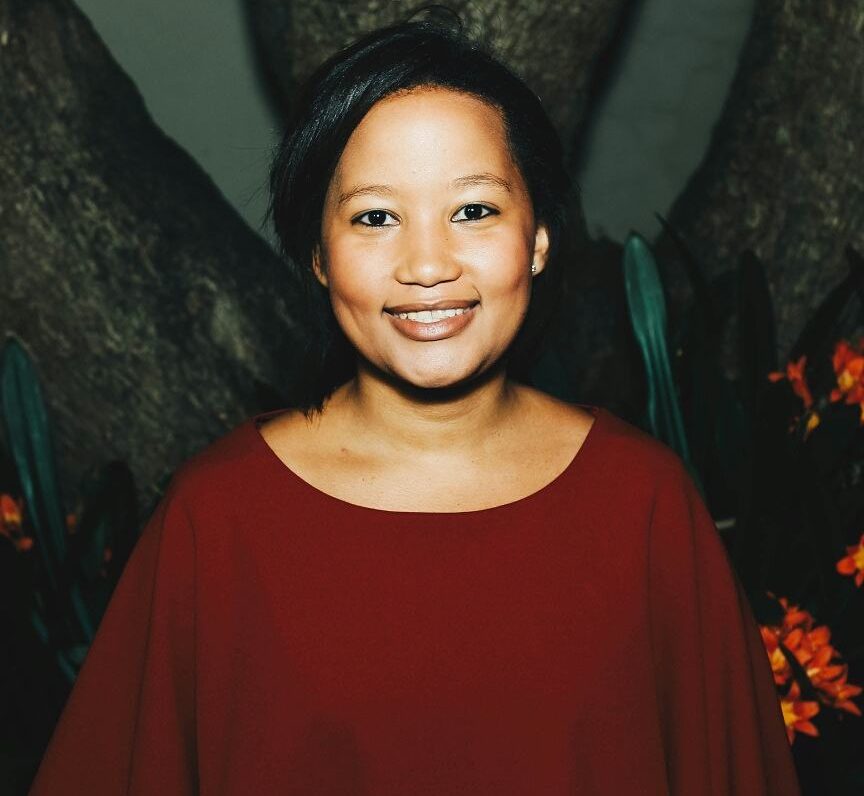 This occurred every year without fail throughout my schooling. How could I not know I was
Coloured? How could I not recognise that the amount of Coloured people in my class year in and
year out, were significantly lower than the other races? I didn’t quite yet know what impact my
race would have on the succession of events in my life. But I stood or raised my hand whenever I
needed to. I did what needed to be done. I am still doing what needs to be done. There are uneasy, wrapped-up-in-turmoil, difficult words that I constantly need to usher out of my mouth, into a universe that is becoming unfamiliar to me but into a universe that needs to hear it anyway.

I have had to tick boxes. I have filled in several forms. I have made crosses where they needed to be. I have attempted to take ownership of my history and my stories. I have been my own voice, lost that voice and slowly regained it. It is a constant fight, a battle. It has never been calm but always rippled, always reminding me that it is not over, that it might never be over.

How did we interact with each other before being given labels for our differences? I am certain that our predecessors were intellectual enough to recognise their differences but how did that recognition impact their relations with each other? At what point did the colour of my skin validate my place in South Africa?

As we unpack our history and discover hidden truths about our past, a pas that has systematically been positioned in the footnote of our history, I ponder on how exactly we came to this point.

Race is complex, as it should be because we are complex beings. But racism is systemic and systematic. Racism is exclusionary. Racism has done exactly what it was intended to; divide us.
Our race is rooted in our oppression yet we cannot deny that it constitute a great part of our identity. There are many people that choose to identify themselves by their race before their gender and nationality. This in and of itself is evident of how our race is ingrained in our existence. You can attempt to ignore it for as long as possible, but there will be boxes that you will have to tick. There will be job applications that require you to state your nationality. There will be forms that want you to state your location because your sense of location is seemingly linked to your positionality but also to your worth.

Our roots are in African and South African soils although our routes have a different journey. But despite the different journeys, it would be remiss of us to dictate where people belong when all they know is where they were born.

As a Coloured woman born in South Africa, being told in my Political and International Studies lecture that, “Coloured people do not belong in Africa,” was difficult to grapple with. How could I not belong when this is where my roots have been planted? But why have Coloured people been othered in a country they fought for? Why is it that Coloured people are being denied the very freedoms their grandparents fought for?

Being Coloured, being a proud Coloured, being a proud outspoken Coloured has made me understand several nuances about race, identity, social spaces, activism and politics. It has also made me understand how the above are interlinked. I must admit that I never truly believed in the notion of racism not existing or in being colour blind. I never truly believed that the Truth and Reconciliation Commission did what was best for all South Africans. I never truly believed that the end of Apartheid would lead to the end of racism because that is not how we are wired.
We are not wired to forget oppression, or hurt or pain. We are not wired to give the other cheek, because we actually have nothing left to give. We cannot be wired to forget about a history that has significantly contributed to our present. These are not things I expect any South African to do. But what I do expect, at the very least, is not to have my belonging denied. I did not foresee myself having to fight for my place in a country that I was born in.

But this became my reality during protests in university, where I soon realised that my struggle was not the same as other people’s struggle but also that my struggle had less gravity to it than theirs. I soon realised that meetings did not require my voice to be heard, that my silence was all
I had. I became more aware of my positionality in the spaces that occupied and I wrestled with what certain spaces needed from me.

University taught me that not only were people obsessed with my race, but they were obsessed with telling me who I was. I needed to be Black in some spaces, South African in others, African in most but hardly what I was…what I am; Coloured. I was constantly being told who I was and where I belonged without being consulted first. It is not just about belonging, it is about Coloured people having to fight to belong, post-Apartheid South Africa. It is about the fact that Coloured people need to have struggle receipts in order to have a seat at the table they helped build.

There is this constant need to build or break but essentially to actively do something about our situations, in any capacity.

Many, but not enough, people have changed their social media profiles to orange in order to show their solidarity with the turmoil our people are faced with. 43 deaths were recorded in Philippi, Steenberg and Delft on the weekend of the 13th of July 2019. These are dominantly Coloured areas and so is the Cape Flats. Yet the murder rates in these areas are increase in without serious measures being implemented by the government. Measures beyond just deploying the South African National Defence Force to these areas to combat the violence.

The measures that are needed should be imperative in finding the root of the problem and addressing that. But it is also telling that the location of these crimes contribute to the government’s response to said crimes. These are areas where the marginalised people live but if these crimes were committed in Camps Bay, the headlines would be different and so would the national outcry.

This is the reality of being othered. Your sense of being dictates the response, or lack thereof, to the infringement of your rights. It is evident that Coloured people have been othered based on where they live and how little social capital their roots have.

I am left with more questions than answers which is somewhat evident of my existence. There has always been the need to debunk, to question and to understand. There has been an intrinsic need to know the ‘why’. It is the importance of not dismissing what people say, irrespective of how offensive it might be, but the need to understand what informed their thoughts. That is where we should begin.

There are difficult questions that need to be asked. There are offensive answers that will be heard. There is a history that needs to be written. Today, I choose to be the author of mine.