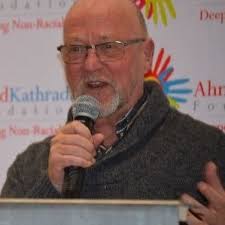 Judge Pillay declared that the allegations made about Derek Hanekom were defamatory, false and unlawful.

Zuma was ordered by the judge to, within 24 hours, delete the tweet in which he called Hanekom an enemy agent and to tweet a public apology to Hanekom stating:

“On 25 July 2019, I published a tweet which alleges that Derek Hanekom is a known enemy agent. I unconditionally withdraw this allegation and apologise for making it as it is false.”

In welcoming the judgement, Hanekom said, “I am pleased that Judge Pillay has ruled that the statement of the former President is defamatory and false and that the phrase “known enemy agent”, in the context in which it was used, would imply “apartheid spy”.”

Hanekom further stated that it was disingenuous of Counsel of the former President to argue that what was meant was that meeting with the Secretary General of the EFF, at his request, was the action of an “enemy agent”. He said it was not unusual for members of different political parties in Parliament to meet with each other.

“As a result of Zuma’s allegation, Hanekom has had to endure a massive backlash and abuse at the hands of keyboard warriors, where his credentials as an anti-apartheid activist were brought into question. The judgement sends a strong message to others to steer clear from making baseless allegations.

“We further commend Hanekom for indicating that should damages from the case be awarded, it would be given to Corruption Watch to continue its great work of combatting corruption, one of the greatest scourges plaguing our democracy at all levels.

“This case should serve as a timely reminder that even former presidents need to know that words have consequences and that our independent judiciary will not defend the abuse of freedom of speech, irrespective of the personalities behind such utterances.”