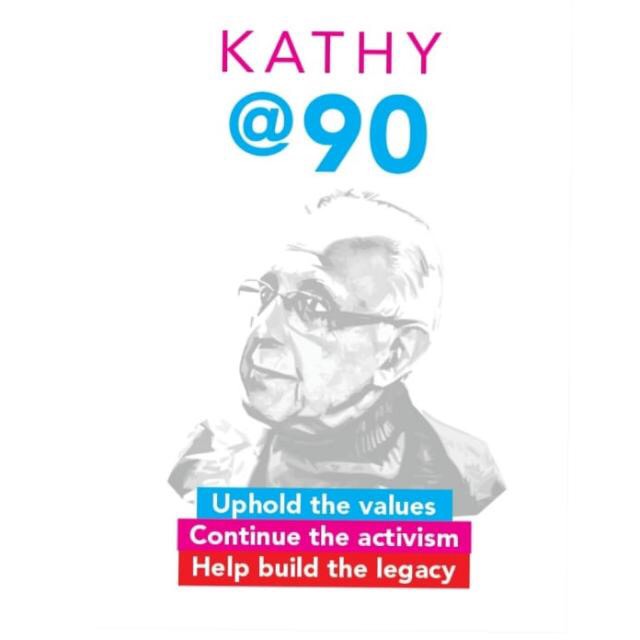 The Ahmed Kathrada Foundation will this month mark what would have been the 90th birthday of anti-apartheid struggle veteran, Ahmed Kathrada.

A series of programmes and events will be held to celebrate Kathrada’s legacy as a lifelong activist.

Kathrada was born on 21 August 1929 in the rural town of Schweizer Reneke in the North West Province. He became politically active at the age 12 while schooling in Johannesburg and was part of almost all the key campaigns against apartheid until his arrest and imprisonment in the Rivonia Trial. After his release and the advent of democracy, Kathrada served as Parliamentary Councillor to former President Nelson Mandela, headed the Robben Island Museum Council and later formed the Ahmed Kathrada Foundation. He passed away in 2017.

The Foundation’s Executive Director, Neeshan Balton, said that the ‘Kathrada at 90’ programme, “which will span the month of August, will focus on different elements of Kathrada’s rich legacy and will draw in audiences, both old and young”.

“Kathrada was particularly fond of spending time during August with young people, retelling stories from the past, and we have made sure that youth reflections on his legacy is included in the programme,” Balton said. “This will include a youth concert towards the end of the month, featuring Danny K and Kabelo, as well as performances by young people who form the core of our 10 community youth clubs, which will be formally launched from this month onwards. We hope that by 2029, when we celebrate Kathrada’s centenary, there will be 100 such clubs established as a tribute to him.

“On August 1, we kicked off Kathrada’s birthday month, with an ongoing social media campaign featuring select quotes from his various speeches and writings. We will also be sharing some historical content from our archive related to Kathrada. The hashtag to follow is #Kathrada90 or keep a check on our Twitter handle, @KathradaFound. We urge members of the public to throughout the month tweet their pictures of themselves with Kathrada, using the hashtag and tagging us. Kathrada was a fan of selfies, and he would regularly stop at malls, at the airport or events to take pictures. We hope to collect these pictures as part of our historical archive on his life.”

Balton indicated that the month will also feature a series of reflective pieces, interviews and engagements on Kathrada’s legacy by those who interacted with him. “Author and activist Elinor Sisulu was the first, as she featured  on Newzroom Afrika on August 1, at 6pm. Sisulu spoke about the contribution of women to the struggle, as this month marks the anniversary of the August 9, 1956 Women’s March. Kathrada himself was amongst those who assisted with the organisation of this mass demonstration at the Union Buildings.

“This segment of the month’s activities continued through the weekend when the Kathrada and Sophie & Henry De Bruyn Foundations host an event ‘Remembering Women of Fortitude’. Two publications, one on Albertina Sisulu and another on Mary Moodley, will be launched at Constitution Hill, capturing their activism, including their participation in the 1956 Women’s March. Thereafter, the gravesites of Lilian Ngoyi, Helen Joseph, Rahima Moosa, Vesta Smith and Albertina Sisulu were visited. The presence of the only remaining leader of the march, Sophie Williams de Bruyn, made this programme particularly special.”

Balton stated that Kathrada’s birthday on August 21, would be marked with a breakfast aimed at raising funds for a permanent exhibition on his life at Constitution Hill.

“This will be followed up with an intergenerational dialogue on August 24 where, young people together with activists will be reflecting on Kathrada’s values and leadership. At the dinner, our Board members, Derek Hanekom and Ismail Vadi, will also be honoured for their 25 years of public service from 1994 to 2019.

“A documentary on the unsung heroes of the liberation struggle, which features the contribution of Kathrada amongst others, will be screened in Killarney. The Foundation will also be considering programmes in KwaZulu Natal, the Western Cape and Limpopo.”

Balton indicated that details for the various public activities will be made available on the Foundation’s website, www.kathradafoundation.org.

“We hope that members of the public will share their memories, reflections and photos of Kathrada with us, so that we preserve his story in all its richness. These can be shared on social media using the hashtag #KathradaLegacy and by tagging us @KathradaFound, or it can be emailed to info@kathradafoundation.org.”