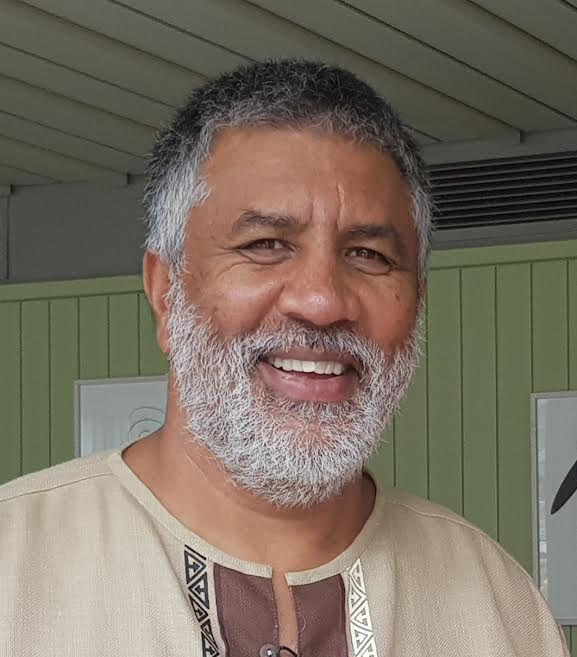 Tackling racism after 25 years of democracy

This weekend, we will be given the final chance to register to vote in the upcoming elections. It will 25 years since South Africans of all races were first given this opportunity.

The palpable excitement of the day, 27 April 1994, and the oppressive years of legislated apartheid that preceded it, may sometimes seem like a lifetime ago. In fact, a large percentage of those registered to vote in the upcoming elections have no experience of being denied the right cast the ballot.

Yet, in the timespan of history – which in our context includes over 300 years of slavery, colonialism and apartheid – 25 years is but a heartbeat.

There was perhaps an assumption in 1994, that racist mindsets and the systemic racism that had infiltrated almost every aspect of life, would automatically crumble with the legislation that propped it up. This assumption was wrong.

While some of our efforts at transformation post-1994 have certainly yielded results, today, race, in many ways, still remains central to social interaction, economic prosperity and political discourse.

It should therefore not be unexpected that many schools have no coherent plan of how to deal with racism, integration and diversity.

It should not shock us that certain public beaches, recreational facilities or social spaces are still understood to be the reserve of a select few; that a doctor can treat black and white patients differently; or that some people find it problematic for black and white actors to kiss on set.

After numerous k-word cases in the last few years, we’re beginning to realise that for some, its usage is a norm. Reports of racial tension within communities feature on the news every now and then, while vicious assaults with racial overtones anger us again, and again.

And then there’s the structural racism – policies in schools, organisations or workplaces that have not changed, and broader issues of transformation in everything from sports teams to local crime patrol forums.

Racism clearly remains a feature of post-apartheid South Africa. It’s not the South Africa that we want to see in 25 years from now when we mark the 50th anniversary of our democracy.

We should therefore be asking ourselves, what sustainable measures need to be adopted to address the problem.

While it is important to, for instance, impose once off sanctions on individuals who are racist so that there are consequences for racism, we should also pay attention to long-term solutions.

The Department of Justice and Constitutional Development is in the process of finalising the National Action Plan against racism. The country has enacted legislation such as the Promotion of Equality and Prevention of Unfair Discrimination Act. Yet, legislation on its own serves a limited purpose if not used by victims themselves as a form of empowerment. We require mass education about how ordinary people can access Equality Courts and other legal avenues to give greater practical meaning to legislation.

Similarly, while it is essential that the public speaks out against racism using various platforms, such as social media, we should recognise that this approach to tackling racism has its constraints. It is reactive, and draws attention to the issue for a limited timespan before the next trending topic becomes the focus.

We should consider taking a proactive approach. In the education sector for example, this would mean a review of all school codes of conduct, to ensure that they are in keeping with broader Constitutional ideals. Schools like Dr Viljoen High in Bloemfontein and St Mary’s, Waverly, have adopted anti-racism policies. What stops other schools from doing the same? Should the Department of Basic Education not make anti-racism school policies compulsory? While it will not eradicate racism entirely from the sector, it provides a starting point to guide how schools deal with the issue.

The ‘A School Where I Belong’ project by Professor Jonathan Jansen and others takes a more in-depth, facilitative approach by conducting work within schools so that teachers understand how they can perpetuate bias, even unconsciously, and how schools often force pupils to assimilate instead of catering for, and celebrating diversity.

Another example is that of the Institute for Justice and Reconciliation’s Anti-Racism Project, which aims to tackle institutionalised racism within society, with one of their focus areas being the basic education sector.

We need more of these programmes which deal with racism as a systemic problem, not only within the education fraternity, but in all sectors of society.

At the same time, we need thoughtful and considered leadership on the issue, particularly from political parties. In a run up to the 2019 elections, race should not be used as a football to score political points. Politicians have a duty to ensure that racial tensions are not inflamed, and that meaningful interventions – not populist rhetoric – is employed to deal with the problem.

While facilitative approaches may be required on a micro-level, at a macro-level, broad, mass-based campaigns are important to educate people and to mobilise support against racism.

There is a greater urgency for better coordination amongst anti-racist organisations and the progressives in society, considering the rise of global right-wing racism. The emerging global tendency to retreat into insular, conservative formations or mindsets is something that South African society is not immune to. The networking of white conservatives in our country with like-minded groupings in America or Australia is an example of this, as is the recent formation of parties founded on either exclusive African nationalism, or on the anti-immigrant ticket.

This year, the Anti-Racism Network South Africa (ARNSA), which was founded by the Ahmed Kathrada and Nelson Mandela Foundations, will be hosting its ‘Action Week Against Racism’ from March 14-21. While the campaign has traditionally been called Anti-Racism Week and has focused on getting individuals to pledge to tackle racism, the intent this year is to intensify the call for organisations, schools, businesses and other institutes to use the platform to start long-term work in addressing racism within their own sectors.

At the same time, the week will be used to establish a broader national base for ARNSA. Tackling racism is not just the responsibility of organisations or government officials who are often based in major city centres. Ideally, communities, religious institutes, schools themselves and local NGOs should be capacitated to address the issues as well.

During a recent talk show, we were asked if building a society free of racism is possible. The example that we provided was that 20 years ago, we would not have imagined winning the war against HIV/Aids; yet today, due to a shift in government policy, mass education drives and collaborative work with civil society, we’re making strides in this regard.

If we can work towards mobilising society against racism, coupled with the necessary practical, legislative and institutional changes, we can start moving at a faster pace towards the just, non-racial society that we envisioned 25 years ago while standing in the queue to cast our ballots. Perhaps it’s time that we recommit to that vision, and collectively put our efforts into ensuring that it can be a reality.