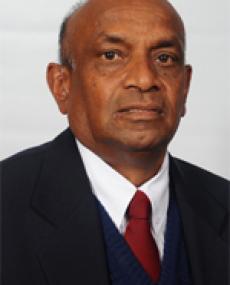 Prema Naidoo – Address to the BNF Panel Discussion on Palestine

The Ahmed Kathrada Foundation appreciates and honored to be invited to the BNF Panel discussion on international solidarity with the people of Palestine.

The Ahmed Kathrada Foundation was formed in 2008 to continue the legacy of anti-apartheid struggle stalwart Ahmed Kathrada.  Ahmed Kathrada, a former Robben Island prisoner, served 26 years in jail alongside his fellow Rivonia Trialists, Nelson Mandela, Walter Sisulu, etc. for their opposition to the apartheid government.

Kathrada’s life has been characterised by his commitment to the best values and principles of the South African liberation struggle, particularly those of non-racialism, fighting inequality and solidarity with other struggles.

Throughout his life, Kathrada has been a committed internationalist, meaning cooperation and solidarity with people across the world, especially those under the yoke of oppression. Naturally the Foundation reflects his principle of international solidarity through its programmes in support of human rights struggles in Zimbabwe, Cuba, Western Sahara and Palestine.

The struggle of the Palestinians resonated with Kathrada because of the similarities between the Zionist project and apartheid government which Kathrada spent his life fighting against.

In his address to a Conference in Palestine on the 27th April 2013 he said:

“We once again wish to assure the people of Palestine of our support and solidarity in your struggle for dignity, freedom and statehood. In our short stay here we have seen and heard enough to conclude that apartheid has been reborn here. In its reborn form it is however worse than its predecessor. Even during the worst days of apartheid we did not have walls to divide and control people, we also did not have separate roads for separate races, and we did not have the system of checkpoints that exist here.”

This year marks one hundred years since the Balfour Declaration, which initiated the Zionist takeover of Palestine, was issued. This Declaration set in motion the process which led to the displacement and dispossession of millions of Palestinians over the course of ten decades.

The legacy of the Balfour Declaration can be summed up in the following facts:

A century after Balfour, the Palestinians continue to be denied their basic rights to peace and security.

Naturally the plight of Palestinian prisoners resonated deeply with Kathrada. Kathrada was the secretary of the original Free Mandela Committee in 1962 that later sparked a powerful global campaign for the Release of Nelson Mandela and all Political Prisoners in the 1980s. On the 13 October 2013 he wrote:

Only a political prisoner can fully comprehend the ordeal of a fellow political prisoner. The experiences of solitary confinement, ill-treatment, separation from the outside world, and the progressive erosion of the concept of time, cannot be fully translated into words. Imprisonment leaves behind deep scars, both in your flesh and in your soul.

He went to add:

I think of my cramped prison cell and I visualize my fellow freedom fighter Marwan Barghouti and other Palestinian prisoners. Since 1967, over 800,000 Palestinians have endured imprisonment at some point in their lives. This is a very striking example of mass detention, aimed at breaking the will of an entire people. Some of them have spent over 30 years in Israeli jails, setting shameful world records for the longest period of political detention. Others have lost their lives due to ill-treatment or lack of healthcare. Children in Palestine experience detention and apartheid, as several generations did in South Africa.

It was his concern for fellow political prisoners that led to Kathrada launching the International Free Marwan Bhargouti and Palestinian Prisoners on the 27th October 2013 from Nelson Mandela’s cell on Robben Island.

Marwan Barghouti, is a leading Palestinian political prisoner being held for life in Israel, has spent nearly two decades of his life in Israeli jails, including the past 11 years. He was sentenced to five life sentences plus 40 years, by Israeli courts that regularly prove they are instruments of occupation rather than of justice. He was the first Member of Parliament to be arrested.

Kathrada was adamant in his view that the unconditional release of political prisoners is a powerful signal that the hardened enemies of yesterday are finally ready to become peace partners today.

He also believed, and I quote,:

It was the struggles of our people combined with international pressure that led to the release of Mandela and the negotiated transition to a democratic South Africa. We, therefore, have a sacred duty to campaign for the unconditional release of Marwan Barghouti and all Palestinian political prisoners as an essential step towards the freedom of the Palestinian people and peace in the region. Apartheid, after being vanquished in South Africa, cannot be allowed to triumph in Palestine.

We in the Kathrada Foundation, along with various Palestinian Solidarity Partners, such as COSATU, The Boycott Disinvest and Sanction Movement as well the Palestine Solidarity Committee would like to extend an invitation to BNP to join the campaign for a free and just Paestine.