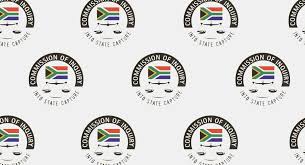 We, the undersigned organisations, express our ongoing support for the Zondo Commission of Inquiry into Allegations of State Capture.

We condemn all attempts aimed at frustrating and delegitimising its work. Given the national importance of the work of the Zondo Commission in probing state capture, we believe that its findings and recommendations will be critical in dismantling corrupt networks that over the past decade have eroded our democracy.

The Commission has its roots in the ‘State of Capture’ Report (2016), published by former Public Protector, Adv. Thuli Madonsela. The remedial action contained in the Report instructed then President Jacob Zuma to “appoint, within 30 days, a commission of inquiry headed by a judge solely selected by the Chief Justice, who shall provide one name to the President”. Zuma’s attempts to review and set aside the remedial action was dismissed by the North Gauteng High Court, and he established the Zondo Commission in January 2018.

Today, we call on Zuma to present himself before this very Commission, and to respect its mandate and integrity.

We are perturbed by the evasive attitude in recent weeks of selected witnesses appearing before Judge Raymond Zondo. We urge the former President not to employ a similar strategy, nor delaying tactics. We believe that an innocent person will have no qualms about being frank, transparent and accountable to the public through the Commission.

It is shocking that some tend to think that Judge Zondo has an ‘obsession’ with Zuma when in fact, a substantial amount of information that has emerged from witness testimony thus far implicates the former President and his associates.

Zuma must respond transparently to the litany of allegations that have been levelled against him by various witnesses. The public want to know the role that the President may or may not have played in assisting the Gupta family’s business interests. We want to know if the Gupta brothers had any role to play in the appointment and dismissal of Cabinet Ministers during his tenure as President. We want to know the details behind the Russian nuclear deal and the role Zuma may have played in the appointment and removal of senior managers in government departments or SOEs.

The buck must stop somewhere. As a former President, who presided over an era of state capture, Zuma should account to the public about what he did or did not do to prevent the capture of the state by business and political elites.

On November 16, we look forward to seeing former President Zuma present himself before the Commission. We do not want to hear conspiracy theories. Instead, we hope that he will take the nation into confidence and tell us how and why things went so badly wrong under his leadership.

Council for the Advancement of the South African Constitution