‘With spring in the air, the Ahmed Kathrada Foundation, on Sunday, September 1, 2019, hosted a tribute concert marking the 90th birthday of anti-apartheid struggle veteran Ahmed Kathrada.

Kathrada was born on August 21, 1929, in Sweizer-Reneke before moving to Johannesburg where his political activism began at age 8.

While he was alive, Kathrada would often opt to spend his birthday with the youth. 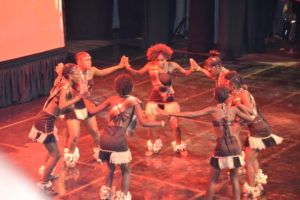 In 2014, Kathrada celebrated his 85th birthday with young people in Lenasia followed by a concert organized by youth at the University of Witwatersrand where former Chancellor and Deputy Chief Justice Dikgang Moseneke spoke. In 2015, the former Robben Islander visited Bloemfontein where he celebrated his birthday in the company of learners and staff at Grey College and Dr Viljoen Combined School to mark the occasion of his 86th birthday. The celebrations concluded with an event at the University of Free-State.

In 2016, Kathrada spent the morning with learners at Bonteheuwel High School in Cape Town. Bonteheuwel was attended years ago by young martyr and freedom fighter Ashley Kriel. A documentary on Kathrada’s life was also screened at Stellenbosch University.

In absentia, the Foundation marked what would have been Kathrada’s 89th birthday last year with young people at the Johannesburg Muslim School. This year, the Foundation continued Kathrada’s tradition of celebrating his birth anniversary with the youth through a tribute concert. Performing acts included Danny K and Kabelo Mabalane and who presented a presentation on diversity.

The programme also saw members of the Kathrada Youth Clubs rendering poetry, musical items as well as producing art in the form of posters. Youth definitely showcased their own skills, sharing the platform with household names Danny K and Kabelo Mabalane.