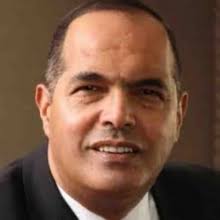 It is appropriate that we pause to pay tribute to Ahmed Kathrada on the celebration of Madiba’s Birthday. Apart from the many years as struggle comrades as well as the many years as fellow prisoners on Robben Island, Kathy & Madiba shared so much in common. They were people of integrity and selflessness on the one hand, whilst being clear and firm on where they stood in matters of principle. Today is a fitting tribute to these two iconic leaders whose contribution remain defining and incalculable.

I’ve always considered myself to have been extremely blessed, notwithstanding the many challenges we faced under the oppressive system of Apartheid. A system that should never be forgotten nor ever be be rationalized. It was dehumanizing, depriving, and disgraceful, denying our very human dignity. It did make us  stronger, more determined to make something of ourselves, but importantly also more sensitive to the plight and suffering of others. More determined to make a difference in however small a way possible.

Meeting Ahmed Kathrada was one of those blessings in my life. He had always been a struggle hero and exemplary role model, of whom we’ve heard and read. So you can imagine the sense of honor and privilege I felt when I was introduced to him for the first time through a mutual comrade and friend, Pravin Gordhan, who was then my boss and the Commissioner of SARS.

Uncle Kathy led a tour of Robben Island when we hosted the Minister of Customs from the Peoples’ Republic of China. What struck me on this one of many visits to the Island, but the first by someone of the stature of Kathrada, was how gracious he was as he shared his own experiences of the harsh incarceration that they were subjected to as political prisoners. His humility was visible as he shared his own story without a trace of bitterness or a need for revenge. What a giant Soul, I remember thinking, as I hung on to every word, anecdote and reflection Uncle Kathy shared with us. The indelible and abiding impression was a sense of deep gratitude that our people had been blessed to call Ahmed Kathrada a brother, comrade and fellow citizen.  I will never forget his gentleness and warm embracing smile. I had been to the Robben Island a few times before, but this was to be my first of 5 return visits to Robben Island, with Mr K as our tour guide.

A deep respect, love and friendship evolved over the years and a commitment to honour what this exemplar stood for. Uncle Kathy had a way of making one feel special and exuded a calmness and peace when others around him were animated or stressed.

I was an easy catch, when he approached me to serve on the Ahmed Kathrada Foundation. It was a case of hook, line and sinker! I always felt that I received more than what I could ever give by serving on the AKF Board. Another unmistakeable attribute of Kathrada was that he never sought any personal gain or glory. Unlike the many examples of selfish and greedy pursuit of many of the current leaders, Uncle Kathy did not mindlessly pursue his narrow interest. For him it was always a struggle to improve the lives of others, even at great personal expense.

People do not expect leaders to be perfect. They do expect authenticity though. Both men exuded the highest degree of leadership authenticity. When Uncle Kathy, at Madiba’s passing said: “…Madala, your abundant reserves of love, simplicity, honesty, service, humility, care, courage, foresight, patience, tolerance, equality, justice, continually served as a source of enormous strength to millions of South Africans and the world…”, he was unconsciously referencing the very qualities that he himself exemplified.

He ended the tribute to his friend with the words: “…When Walter died, I lost a father, and now I have lost a brother. My life is void and I don’t know who to turn to.” Whilst one easily understands the sense of loss he, like many of us would have experienced, there was certainly no evidence of a void as it pertains to his single-minded sense of purpose for the work that has to continue beyond Mandela. He demonstrated this with clarity and conviction in his letter last year to the president. He sought no gain, and as hard it would have been for him, his request for the president to step down was born of a unwavering conviction that a there comes a time when every leader has to step up and reach deep within themselves, to go beyond their selfish narrow interest and act in the greater good, despite the personal cost. Uncle Kathy did not ask the president to do anything that he would not have done himself. His life exemplified this in every way.

We always knew the day of his passing would arrive, but selfishly wished it away for as long as possible. I had the privilege to spend a few moments at his bedside literally hours before he left his them frail mortal frame. As I stood at his bedside with tears eyes, looking at him, a sadness filled me as I tried to come to terms with the reality with which we would imminently have to deal with, and at the same time I felt an immense sense of gratitude and privilege for having his blessing in my life personally, as well the invaluable selfless sacrifice with which he has endowed our nation. As I gently touched his hands, I greeted him with the simple words: “Thank You Uncle Kathy”, knowing that it would be the last moment we would share. He looked dignified and at peace.

I know that there continue to be the debate as to whether Nelson Mandela “sold us out” through his conciliatory approach, but without dwelling on it, I am clear where I stand on this matter. I would not have done it any differently, and in my view “Madiba’s Way” was what was needed then. This was also “Kathrada’s Way”

We can continue to do critical analyses of the sacrifices of these struggle heroes, and the value and impact of their contribution. But the best way to honor their contribution, is to accept that theirs was pioneering and foundation towards our democratic project, and to turn to ourselves with a few critical questions as to how we pursue the struggle towards full enfranchisement:

WHAT WILL MY LEGACY BE?